HomeMediaWhat a Tax Holiday at the Gas Pump Means for You

What a Tax Holiday at the Gas Pump Means for You 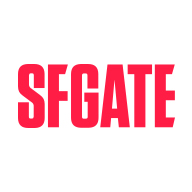 Read the article in sfgate.com

Amid rising inflation and worrisome world conflict, soaring costs at the gas pump are the last thing folks want to worry about. But with fuel prices hitting record highs, it’s a reality most drivers can’t ignore.

As the pressure to provide financial relief grows, President Joe Biden is expected to release 180 million barrels of oil over six months from the country’s Strategic Petroleum Reserve to stabilize pricing. Still, many state lawmakers are turning to another form of relief: gas tax holidays.

Three states have already begun to cut gas taxes. And several others are considering similar proposals. A federal bill, the Gas Prices Relief Act of 2022, is pushing for the suspension of the federal fuel tax. But there’s some debate about whether these measures will actually save consumers money.

States that have suspended gas taxes

Maryland: Maryland, whose state fuel taxes are among the highest in the country, began its suspension of gas taxes on March 18. The state rolled back its excise taxes on gas — 36.1 cents per gallon for regular gasoline and 36.85 cents for diesel — for 30 days.

Connecticut: An emergency bipartisan bill to pause gas taxes from April 1 to June 30 was signed by Gov. Ned Lamont on March 24. The rollback intends to put 25 cents per gallon back into drivers’ pockets.

Multiple other states, including New York, Pennsylvania and Virginia, are toying with similar tax holidays or reduced taxes on gas. But some tax experts worry that the approach is shortsighted and that the temporary benefits for consumers might not be worth the consequences.

“After being put in place for even a relatively short amount of time, these tax cuts can ultimately negatively impact consumers. They can skyrocket demand for gas, inadvertently making gas prices higher,” said Armine Alajian, a certified public accountant in Los Angeles, in an email.

Meanwhile, where efforts to repeal a gas tax have failed, legislators are coming up with other creative solutions. In California, for example, where the average driver shells out approximately $300 in gas taxes per year, Gov. Gavin Newsom is seeking to send $400 debit cards to residents. There would be no income cap, and eligibility would be determined by vehicle registration records — not tax returns — to account for older adults and low-income earners who may not file taxes.

A federal tax holiday is still up in the air

The Gas Prices Relief Act of 2022, introduced by Senate Democrats, would suspend the federal gas tax of 18.4 cents a gallon until Jan. 1, 2023. But several economists have called the proposal a good-intentioned bad idea.

Federal fuel taxes, much like state fuel taxes, are generally designed to support highway and road maintenance. Critics argue that relief on the national level would be negligible to consumers, but would route funding away from critical infrastructure. The nonpartisan Committee for a Responsible Federal Budget estimates that a nationwide gas tax holiday would cost roughly $20 billion.

Further complicating matters is regulation. Although the federal proposal stipulates that producers and dealers of gasoline must pass on the tax savings to consumers, analyst Alex Muresianu of the Tax Foundation has pointed out that “the requirement is particularly unenforceable.”

And on the state level, similar concerns have emerged. Georgia’s suspension bill, for example, contains no stipulations for enforcement, leading to concerns about potential price gouging.

Tips for easing pain at the pump

There’s very little most consumers can do to change the price of gas — but there are several steps you can take to mitigate the impact.

If you’re feeling frustrated by fluctuating prices, consider outsourcing the guesswork. Several apps can help you scope out the best deals in your area from the comfort of your couch.

Modify — if you can

Not everyone has the luxury of modifying their daily route, but if you’re lucky enough to have some flexibility, some minor changes can make a difference. Cutting down on idling or opting for cruise control are just a few ways to stretch a tank of gas even further.

If current world events have you taking a long, hard look at the sustainability of gas-powered cars, now might be a good time to consider whether investing in an electric vehicle makes sense for your long-term plans.

This site uses Akismet to reduce spam. Learn how your comment data is processed.